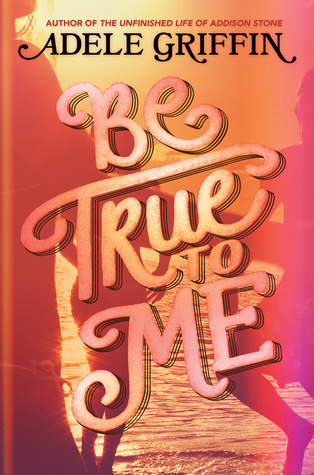 You want the truth about this book? BORING. Snoozefest. This book was dull as dull can get.

Short recap: Two girls fight over the same guy during the summer of 1976.

Pretty direct and two the point, no? That’s about all you need to know when it comes to this book. Do not go into this expecting a swoony summer romance because you will be very disappointed. Think along the lines of We Were Liars or Pretty Little Liars, but those still would have been better than this story and I strongly disliked We Were Liars. I really struggled with this story. I should have cut my losses and DNF but I was stubborn for some reason. Oh how I paid for my decision. There are just so few compliments I can give this one. There really was not much I liked about it.

The characters. UGH. The characters were all flat, shallow, and completely forgettable. Their voices did not sound unique enough for me to really be able to tell who was who. The story is told from alternating POVs: Jean and Fritz. (Who names their kid Fritz in the 70s?) These two girls are fighting for the attention of the new boy on the island, Gil. (Seriously, who is naming these kids.) I did not care for either girl. They were both the “misunderstood” child that fell into the shadow of their more good looking, more popular, more successful sibling. So basically this is a story of a teen with an ugly duckling syndrome. They are trying to prove they really are loveable by snagging the heart of the dreamy summer boy. YAWN This has been done a million times before and yet it has been done better. These characters did nothing for me. I wasn’t rooting for one over the other because they were both shallow, nasty people. I would have prefered if Gil had a voice instead but sadly that did not happen.

The plot. There was a severe lack when it came to the plot. It was a hot mess. I think it was supposed to be somewhat humorous and jovial but I’m here to tell you that is not the case. It was never funny, I never chuckled or cracked a smile. I’m not really that tough on books but when a story feels like forced humor, it immediately turns me off. I really wanted this tragedy to end and end quickly. It read like an uncomfortable first date or awkward meeting of two estranged friends. The two girls this story rotates around never even talk to each other. That’s right! They ignore each other the entire book so riddle me this: What is the point?? Don’t get me started on the disappointing and unsatisfying ending. What a joke. (SPOILER: All characters walk away sad and unhappy.)

I’m actually going to mention the setting here. Why? Because it stood out to me. This story is set in the summer of 1976 (uh… ok?) on a small-town island for wealthy people. That already lets you know these kids will be spoiled and vapid beyond belief. I did board the Struggle Bus when it came to remembering that the story was set in the 70s. Almost nothing let the reader know the decade. It could have been set in any decade and it might have worked just as well. Nothing reflected the time period except a small lack of electronic devices. Big whoop. There was so much potential but like everything else in this story, it fell flat.

One thing that really stood out to me: The earrings. I have a thought that the earrings in question represented the boys in the story. GASP! These girls fight over “earrings” because they can, only they were actually talking about fighting over “boys”. I may be making something out of nothing but it is a thought. It isn’t a good thought because it gave the impression that boys were just objects to be captured by rich and spoiled girls that are bored with their lives. That I am not on board with and do not support.

I’m off my soapbox now. I did not like this story and would not recommend it to anyone. Do yourself a favor and skip this. Don’t put yourself through the torture of reading a badly written story.