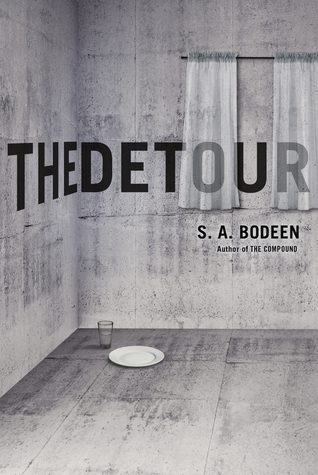 I went into this book expecting some sort of thriller/mystery/horror book. Is that what I go? NOT EVEN CLOSE. This was a lame attempt at a thriller. It read like a rough draft idea, not a finished novel. The only saving grace is that the story is short.

(Very) short recap: Olivia (or Livvy) is a very successful teenager – she is a NYT published author and her readers love her. She is in an accident on a way to a writing retreat when her life changes forever after an accident.

Olivia’s character is the main reason I could not stand this story. She was the most stuck up, self absorbed, entitled, bitchy character I have read in a long time. I kept wishing bad things happened to her just because of how awful she was to people. Even after her backstory came out, I still felt nothing for her. So what, she was picked on in school – who isn’t? That does not mean she needed to grow up and become successful only to rub it in the faces of the people she went to school with. Tell you what, Livvy, here is a solid plan for you: Go to Home Depot, buy some wood, build a bridge, and get over it. Let that shit go. There is no reason to let those trolls live rent free in your mind. What happened to her started in Kindergarten and she never let it go. Who hangs on to stuff (or even remember stuff) that happened to them in kindergarten? Sadly Livvy (that’s such a stupid nickname that she gave herself, tbh) never let it go. She made it her life’s goal to prove to her school friends that she was better than they would ever be. Uh… okay, shallow and bitch much? It is no surprise that I didn’t like her character and I kept rooting for something or someone to take her out. She was just nasty inside and out.

The rest of the characters were just as bad if not worse. They all spoke in riddles and half-truths so how was I supposed to care about anything that happened to anyone? It was not suspenseful or even thrilling, it was downright predictable. It was completely obvious who kidnapped her and who her boyfriend was. C’mon Bodeen, at least try to confuse the reader a little bit. I thought for a story to work there had to be at least one likeable character? This did not have one. I disliked Livvy’s book agent (he was a snake), her parents (they kept secrets), and the people at the house where Livvy was kept. Wait.. maybe the cop was the good guy. He had such a small role that it was hard to dislike him but he was cheating on his wife so I guess I can’t like him too much. SEE! No likeable characters.

The plot of this story was weak at best. Think of Stephen King’s Misery and you know this story. This story focuses on plagiarism. Yep, you read that correctly. Nothing original with this one as several times in the story Livvy kept saying how it felt like she was living something out of a novel. Well, go figure. You’re in a YA version of Misery. Funny how it would appear to be the same…

If I have said this once, I have said it a hundred times: Don’t get lazy with the descriptions of items within the stories. Don’t drop name brands and expect every reader to know what you’re talking about. AUTHORS! I’m speaking directly to you. Don’t just tell me over and over that the MC drives a red Audi convertible car. DESCRIBE IT TO ME. What if I don’t know cars? What if I don’t know what an Audi convertible looks like? HELP ME. I need imagery not sloppy literal descriptions. This story was packed full of crap like this. If I had to hear the MC moan and whine about her $300 Italian leather flats one more time I was going to lock her in a room of bees myself. This was supposed to be a thriller, not an add for an upscale department store.

I honestly felt like I wasted my time reading this and I don’t say that about many books. I have DNFd my fair share and not liked more, but never actually said, “I want my hours back”. This book makes me want those hours of my life back. What a waste. Please, don’t go into this expecting thrilling and creepy because you won’t find it. If you did like it, I wish we could trade places because I didn’t like one minute of this story.