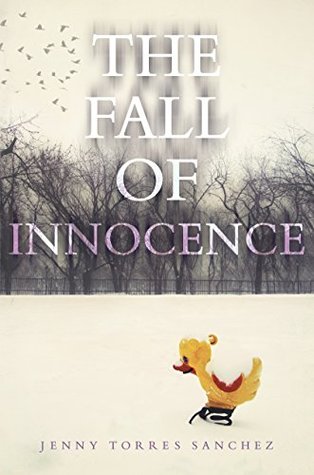 The Lovely Bones meets Thirteen Reasons Why in this gorgeous, haunting, and tragic novel that examines the crippling–and far-reaching–effects of one person’s trauma on her family, her community, and herself.

For the past eight years, sixteen-year-old Emilia DeJesus has done her best to move on from the traumatic attack she suffered in the woods behind her elementary school. She’s forced down the memories–the feeling of the twigs cracking beneath her, choking on her own blood, unable to scream. Most of all, she’s tried to forget about Jeremy Lance, the boy responsible, the boy who caused her such pain. Emilia believes that the crows who watched over her that day, who helped her survive, are still on her side, encouraging her to live fully. And with the love and support of her mother, brother, and her caring boyfriend, Emilia is doing just that.

But when a startling discovery about her attacker’s identity comes to light, and the memories of that day break through the mental box in which she’d shut them away, Emilia is forced to confront her new reality and make sense of shifting truths about her past, her family, and herself.

A compulsively-readable tragedy that reminds us of the fragility of human nature.

The premise of the story alone is what caught my attention. The story is about the aftermath of a violent sexual attack that happened to Emilia when she was young. She thought she recovered and was “normal”, but that just is not the case. She was far more fragile and broken than she realized.

This was a tough story to get through but I felt it was a necessary story. I fear more and more girls go through some traumatic event and claim to be better or “normal”, but something triggers a flashback and they revert back to the exact moment of the attack. Everything could come back so vividly, as if reliving. I do speak from experience as I have severe PTSD (not military) and have flashbacks even though my event took place 15 years ago. That was yet another driving factor for me to want to get my hands on this book. I really hope it lets girls – and boys! – know they are not alone.

This story switched back and forth from past to present. At first it seemed a little confusing but it just show the strength of Sanchez’s writing ability. I felt she captured the fractured mind and fragile spirit of the victim perfectly. Following Emilia’s character as she fought her demons and struggled to retain some sort of normalcy was heartbreaking. The poor girl flipped back and forth between rebelling, as most teenagers do, and believing her bizarre fantasies she was actually a bird. I felt this gave a deeper level of concern for the true well-being to the character. I just wanted to hold Emilia and tell her everything would be okay. I hurt for her, the way she chose to withdraw from her boyfriend and family, keeping secrets from them in order to prove that everything “really was fine”. I keep using quotes because it is obvious throughout the book that the poor girl was anything but “normal” or “fine”.

There is one small complaint that I have have – it is Thomas’ character. Thomas is Emilia’s older brother. He was such a darling character, however, it is mentioned a couple of times that he is a cross-dresser. Thomas loved to take Emilia’s dresses and wear them, along with makeup. While characters like this are rarely mentioned in stories, I wish the story line was either expanded upon or not included at all. After reading about his inner turmoil, I wanted to know more about him but it never happened. That’s why I said that either talk about it more or don’t write that sub-story line in. Overall, it did not add to the actual story and that made me sad.

Not all characters in this story were perfect. Emilia and Tomas’ family had a subscription to their issues. Those people needed professional help. I felt their mother was in denial and the absent father needed a slap in the face. The mother knew something was wrong with her daughter but instead of doing something, she let it all play out. Let’s not forget she had a stealing habit of her own that she chose to ignore. That mixed with the father traveling out of town for a job interview and never coming back because he didn’t want to deal with his daughter’s attack was a recipe for a terrible home life.

Overall, this was a powerful story and a hard one to get through without shedding a tear. My heart shattered for the entire family. They were all afraid to do what needed to be done, fearful to speak up. While I keep saying this book was tough, I found I couldn’t stop reading. I would read a little bit, put the book down and walk away, only to come back to it a short time later. I hope everyone adds this to their TBR and gives Emilia’s story a chance. 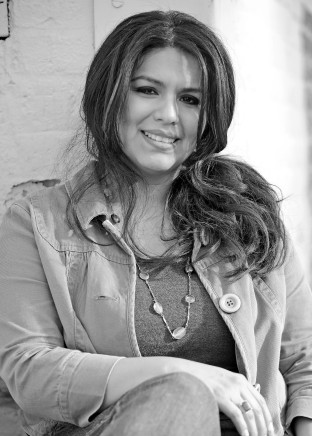 Jenny Torres Sanchez (www.jennytorressanchez.com) is a full-time writer and former English teacher. She was born in Brooklyn, New York, but has lived on the border of two worlds her whole life. She is the author of Because of the Sun; Death, Dickinson, and the Demented Life of Frenchie Garcia; and The Downside of Being Charlie. She lives in Orlando, Florida, with her husband and children. Follow her on Twitter @jetchez.