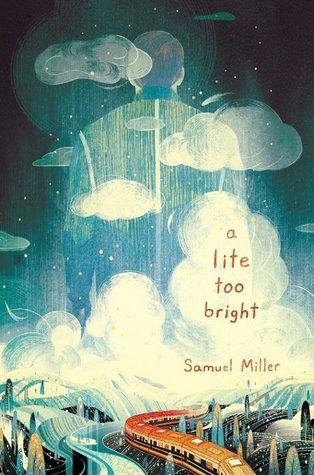 This story was one I had not heard a lot about before I borrowed from my library. The blurb sounded promising, a coming of age story with some twists and turns. I am always up to try reading something out of my comfort zone so I dove in. Little did I know this would not blow me away like I had hoped it would.

Short recap: This is the story of Arthur and his journey to discover a secret hidden by his grandfather. Arthur’s grandfather was a rather famous and cult-legend author. Most people would do unspeakable things to get their hands on unpublished, never before seen works by this famous author but Arthur must get there first. Since Arthur’s grandfather suffered from severe Alzheimer’s, Arthur must piece together the last week of his grandfather’s life and learn about the man he only thought he knew.

Sounds great, right? This was an easy read but there were certain parts of the story that felt as if they went on much longer than they should have. I do understand what the author was trying to do but not all of it worked for me. The book essentially had Parts to it and each Part was another journey for Arthur. That’s fine but some of those journeys felt forced or convenient in order to move the story along. Those were also the parts that were the slowest. I kept waiting for something not illegal to happen but that was a long wait. There were events that I took to be a little too much, bordering on threats or law breaking, but what do I know.

The main character, Arthur, was a well developed and flushed out character but I was not absolutely in love with him. I understand that he was trying to track down info about his grandfather, but how am I supposed to believe this kid did not get in the deepest trouble imaginable after sneaking away to chase after a maybe-maybe-not clue left by his grandfather? The kid boarded a train and went across the country on his own.  The number of dangers he could have encountered are too many to tally. He must have had the luck from a thousand four leave clovers to come out without a scratch on him. Not to mention that magically he was able to find all of these hidden places that nobody else could find, even after they spent years trying to locate. The side characters, there were loads of them, were not so great. Some were there for a flash but had a full backstory that was given. Talk about overload, whoa. On top of that, one main side character was completely unbelievable. I didn’t believe anything pertaining to that one and grew to not like when they were written in.

Overall this is a coming of age story but not a completely believable one. I did like reading about the mental-illness portion of the story. There were chapters where the grandfather’s writing was included and it gave testament to just how bad his mind was going. Those portions of the book were few and far between and I was left reading about Arthur chasing after a girl he thought might have answers for him. In a way there was just too much going on and not enough at the same time. I’m not upset I read this, I only expected something different.