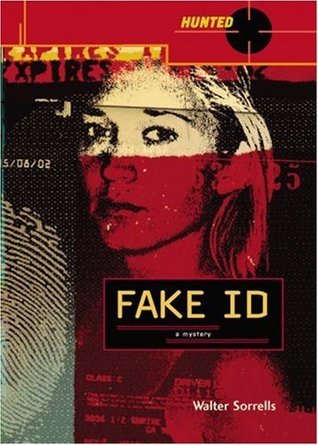 This is an older book but it was recently recommended to me through Audible. I’m sad to say this was a weak attempt at a mystery/suspense/thriller story. It was not very engaging or suspenseful.

Short recap: Chasity and her mother have constantly been on the move for as long as Chasity can remember. She doesn’t know why they are always moving but she does her best to adjust. On Chasity’s 16th birthday, her mom disappears. Suddenly Chasity has a very limited amount of time to locate her mother or the local police will put her into foster care.

Just writing the recap made me shake my head. There were so many things about this story that were either convenient or were just not believable. The premise itself promised mystery as a daughter tried to find her mother. What I read was completely different. Allow me to explain: the characters were poorly developed, the plot was weak and held no water, and the overall story was not believable.

First, Chasity isn’t even the daughter’s real name. Apparently she and her mother assume new identities every time they move. Chasity prefers to by “Chass” and rudely reminds everyone calls her by her her fake name. Rude. Second, I didn’t like Chasity’s character at all. She was whiny and “woe is me!” most of the story while trying to act all tough to find her mom. She swore she could find her mom better and faster than the police. Uh, you’re 16 with no formal training on anything. Calm down before you get yourself hurt. I never bought her tough girl routine and it got old really quick.

I am not a fan of things just conveniently falling into place for characters. I believe the author does it to help move the story along but it is never believable. Sadly it happened here and it was bad. Chasity seemed to have the best luck the entire story. Oh, your mom is missing but you suddenly remember a secret code you two have! That’s right! It just so happened that these two had a plan in place in case her mom went missing! Was this mentioned before it was convenient to move the story along? NOPE. Why would it be? Also, Chasity goes on the hunt for a very obscure, random, nondescript store in the middle of Nowhere America to purchase a fake ID and finds it on the first try. Get out of here with that nonsense. Do you know what made that scene worse? The random person who was at the store remembered her. Seriously stop. This girl could do no wrong and she found everything she was looking for. I could not stop rolling my eyes at the absurdity of it.

The overall story and reason behind why these two moved so much should have held merit but it was just so weak. Or perhaps it was the way things were revealed at the end that made me cringe and beg for the hours back I spent reading this book. Either way, it was just not good. This is one of the few books I have finished that makes me wish I hadn’t read it. This did nothing for me and I will not recommend to anyone.